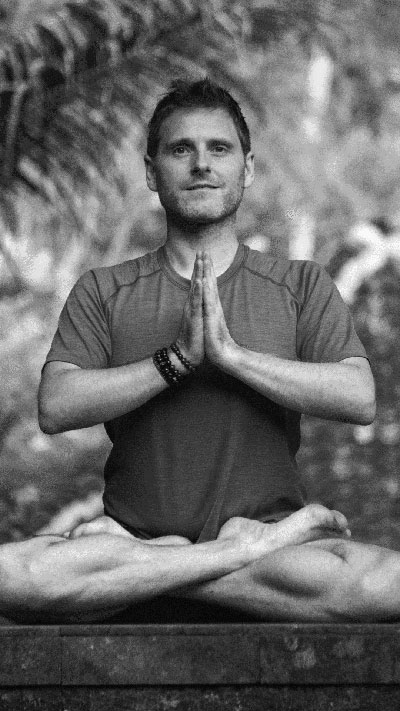 Aaron has taught thousands of classes in all kinds of  environments: gyms, yoga studios, universities, on retreats, and even in a stadium full of thousands of people.

First discovering yoga from a library book at 15, Aaron was influenced to yoga philosophy and practices long before he did his first actual class twenty years later – and he hasn’t stopped since. Now with POP YOGA, Aaron has fused two passions together – sequencing yoga moves and utilising music to assist in setting a mood and structure.

Before training as a yoga teacher in Rishikesh, India, Aaron had a successful career in musical theatre. He founded independent theatre company Magnormos, and specialised in creating opportunities for emerging Australian writers and performers. He produced and directed ‘Flowerchildren – the Mamas and Papas story’ at the Comedy Theatre starring Casey Donovan, and produced OzMade Musicals showcases hosted by stars including Tony Sheldon, Rhonda Burchmore, Eddie Perfect, Julia Zemiro and Queenie Van de Zandt. In 2013 he was recognised by the Green Room Awards for his ‘Outstanding Support for Australian musical theatre’.

Having worked as a director and musical director, Aaron has an intricate and specialised understanding of working with music both as background and as foreground, which has been invaluable expertise for creating POP YOGA.